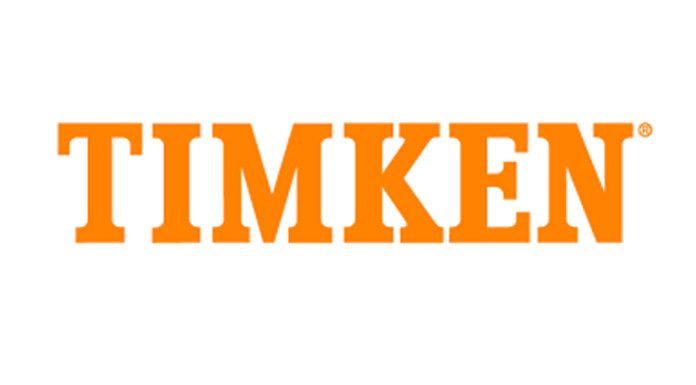 Companies change over time, but Timken (NYSE:TKR) has actively sought to remake itself to a pretty significant degree over the past decade. In addition to spinning off Timken Steel (NYSE:TMST), this leader in bearings and power transmission components has jettisoned around $1 billion in lower-margin business over the past seven or eight years, while recommitting to long-term growth through collaborative product development.

Such has been the rally in the industrial space that I pause when I see a stock where the valuation looks interesting. While the stock already trades at a pretty healthy forward EBITDA multiple, mid-single-digit FCF growth should be able to support a total annual return of over 10% from this level. While I would be careful about buying any industrial stock at this point (for fear of a big correction when the earnings and guidance start rolling in in January), this is a name that definitely merits some consideration.

A Smaller, More Specialized Fish In A Big Pond

The global market for bearings is quite large; worth about $70 billion a year according to most estimates (including Timken management). Timken’s approximately 6% share makes it a relatively modest player in that market, particularly given that SKF (OTCPK:SKFRY), Schaeffler (SHA.DE), NSK(OTCPK:NPSKY), NTN (6472.TO), and JTEKT (OTCPK:JTEKY) are larger than Timken, with SKF and Schaeffler being substantially larger. The “but” here is that a lot of the market is relatively commoditized and the auto market (where Timken has a modest presence) represents about 40% of the bearing market.

Unlike Schaeffler, NSK, NTN, and JTEKT, and more like SKF, Timken has chosen to focus on industrial markets and more specialized product niches. To that end, Timken enjoys 25% share in engineered tapered roller bearings – a subset of the bearing market worth around $10 bllion a year in revenue.

Timken hasn’t gotten here by accident. The company divested its needle bearings business in 2009 (which reduced its exposure to light vehicles) and exited another $500 million or so in business in the years afterwards. The end result is that Timken has above-average exposure to end-markets like “general industrial”, rail, energy, ag, aero/defense, and materials and quite a lot less exposure to autos and trucks than normal.

Timken has also been building its power transmission business (largely through M&A), a business built around chains, belts, couplings, gears, and the like that is complementary to its core bearings business. Not unlike the bearing business, this is a segment where large swaths of the market are commoditized and lower margin, but there are higher-value segments and there are good aftermarket opportunities.

Timken isn’t having an easy go of it right now. Revenue contracted by 9% on an organic constant currency basis in the last two quarters, with both the Mobile and Process business showing notable weakness. The culprits are not surprising – the Mobile segment is seeing significant weakness in trucks and rail, while Process is seeing weakness in energy and a range of heavy industries. With this pressure on the top line, gross margins are wilting and a lot of the margin-positive steps taken by management in recent years aren’t visible. What’s worse, the trend in guidance hasn’t been particularly positive; while some industrial companies may be seeing green shoots, they haven’t shown up in Timken’s yard just yet.

It also doesn’t help that there is meaningful competition in the space. SKF is the leading player in the industrial bearing space, with high teens share, and Schaeffler has been looking to expand its industrial business (which is also larger than Timken’s). While I think currency issues tend to balance over time, a strong dollar has been a challenge for Timken given that its large competitors are all non-US companies. I’d also note that the bearing market has seen a steady rise in the share held by lower-cost Chinese manufacturers. Major Chinese manufacturers now collectively hold around 20% of the market, and while that is still on the lower end of the market, their product quality is improving.

What Timken Can Do In The Coming Years

I see multiple avenues for Timken to improve its performance in the coming years. First, there should be macro tailwinds kicking in at some point. While the passenger vehicle market has probably peaked, it is less than 15% of Timken’s revenue and Timken’s greater focus on luxury cars and light trucks should serve it well. Rail probably isn’t going to recover soon, but off-highway vehicles and heavy trucks should, and likewise for “general industrial”/heavy manufacturing, energy, and metals/resources.

Second, Timken is looking to drive growth through new and/or complementary products. The power transmission business has grown considerably in the last ten years and could double again from this level (adding about $500 million in revenue). Likewise, Timken’s ability to expand internally upon the acquisitions that established its housing business should continue (and bodes well for the power transmission business). Then there is the DeltaX growth initiative, a growth plan that includes better sales training and a concerted effort to develop new products through collaborating with customers and listening to what they need/want.

Third is the opportunity to improve margins and asset efficiency. I don’t regard this as a major driver (which is why I’m listing it last) after a decade of transformation and restructuring, but management has shown a consistent willingness to exit businesses or geographies where the margins aren’t good enough (including leaving South Africa recently) and I suspect there will be future opportunities to consolidate and automate the manufacturing footprint.

On the plus side, I think Timken’s growth will be pushed forward by new product introductions and further expansions into adjacent markets. Competitive share takeaways are possible (in Timken’s favor), but I also have some concerns that Chinese manufacturers will continue to claw up the quality curve. On the downside, Timken’s overall underlying market growth isn’t going to diverge much from the overall weighted growth outlook for its core markets (North America is about 60% of sales and Timken’s share of sales to all of Asia is less than Schaeffler’s share of revenue from China alone), and I don’t see much beyond 2% to 3% long-term growth there. With that, I think 2.5% to 3.5% in annualized long-term growth is probably reasonable to expect.

On the margin side, I think volume recoveries can and will unlock a lot of margin improvement as the company leverages those past improvements in its business. I think there’s a good chance that Timken will get its adjusted free cash flow into the high single-digits, supporting mid single-digit FCF growth over time.

Discounted back with a discount rate above 10% gives me a fair value of over $38 today. That’s below today’s price, but add in the dividend and the potential total return moves back over 10%, which I think is pretty good in this market. The shares are less promising on an EV/EBITDA basis, but valuing cyclical stocks at/near trough EBITDAs is tricky.

If and when industrial stocks retreat, Timken will likely get dragged along for that ride. To that end, I am concerned that the earnings/guidance cycle starting in January could be a repeat of what we saw last year, when industrial stocks got hit hard as late 2015 hopes of a recovery/rebound in 2016 were largely dashed. Should that be the case, keep Timken in mind as a buy-the-dip name that is leveraged to industrial recoveries but has also done a lot of self-improvement work to position itself in more desirable and more profitable niches.

Disclosure: I/we have no positions in any stocks mentioned, and no plans to initiate any positions within the next 72 hours.

I wrote this article myself, and it expresses my own opinions. I am not receiving compensation for it (other than from Seeking Alpha). I have no business relationship with any company whose stock is mentioned in this article.