SKF South Africa, global bearing and rotating technology and engineering specialist, has been appointed by Henred Fruehauf as OEM supplier. 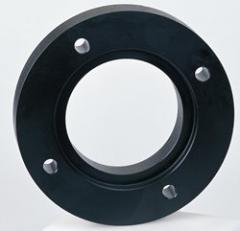 Acquired by SA Truck Bodies in 2002, Henred Fruehauf trailers are recognized for their rugged reliability and have been faithfully serving the local market for over six decades. The company’s reputation for delivering uncompromising quality is based on the use of world-class quality products. So when trailer downtime became an issue for large commercial truck fleets, Henred Fruehauf examined the situation and identified the source of the problem and looked at replacing their product supplier. Alongside quality, local product support is equally high on Henred Fruehauf’s priority list and the company decided to approach SKF South Africa as a potential supplier. “SKF’s capabilities to offer value-added service ensured our OEM supplier status,” says SKF Key Accounts Manager – Commercial Vehicles, Ettienne Schoeman. “In addition to being able to supply a full wheel solution i.e. bearings, hub seals, and hubcaps, we also offered an audit on Henred Fruehauf’s production line to ensure that all standards were met.

Our comprehensive value proposition resulted in Henred Fruehauf placing the first order for 10 000 HM518445/10 SKF bearings.” The solid business relationship between SKF and Henred Fruehauf was further strengthened with the appointment of Henred Fruehauf as an SKF distributor at their depots located in nine African countries as well as those in South Africa. “The appointment was a natural progression and makes sound business sense for both companies who share numerous synergies when it comes to quality product and service delivery,” Schoeman confirms that training and mapping are currently in progress at all the respective depots.

Extremely excited at being appointed as a Henred Fruehauf OEM supplier, Schoeman says that this has opened new doors for SKF in the commercial sector. Furthermore, it has assisted our other platforms to sell additional value-adding products around the truck. This appointment demonstrates SKF’s focus on range expansion as well as our capabilities to offer custom value-adding solutions to OEM distributors and end-users,” concludes Schoeman.