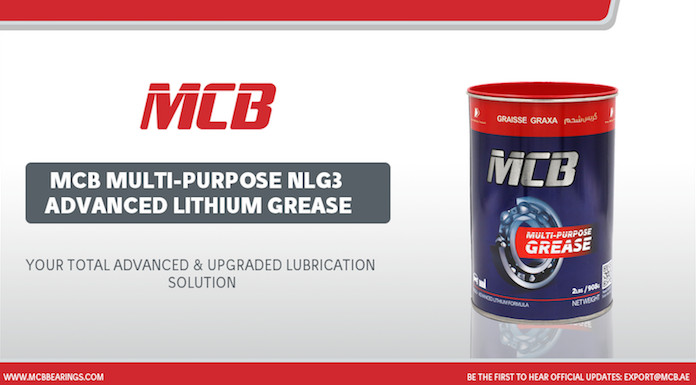 MCB proudly introduced its upgraded multi-purpose grease to the public with its advanced formula for a wide range of automotive and industrial applications. This major upgrade is a brainchild of the collaborative efforts of MCB’s in-house Engineers to address the lubrication demand of general applications. Manufactured in the UAE, this grease solution offers highly competitive and premium qualities that are formulated to withstand either simple and even demanding or arduous operating conditions. 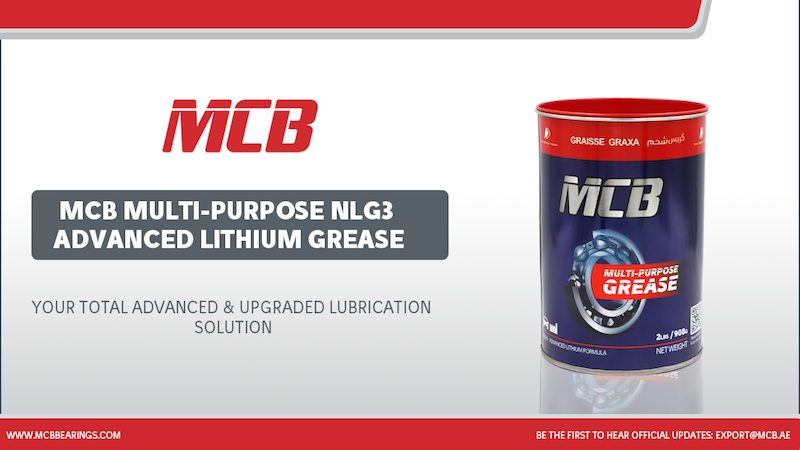 MCB’s advanced multi-purpose grease is expected to simplify the lubricant selection game for both end-users and mechanics given its viability, and its flexibility in terms of the scope of applications it can accommodate and the advantages it offers.

The secret formulation behind your successful operation

Generally, grease efficacy heavily relies on its chemical formula may it be for big types of machinery or small appliances such as washing machines. The required technical knowledge behind choosing the right lubrication is the reason behind most users’ unending reluctance, which later on leads to wrong decisions. These conditions and factors were put into consideration during the formulation stage of MCB’s advanced multi-purpose grease. MCB managed to craft a general lubrication solution that can certainly “do it all”.

Care to know the formula behind this viable general solution? It’s all in the grease!

“MCB advanced multi-purpose grease was formulated and designed for professionals involved in maintenance, repair, and operations to maximize their uptime and profitability. Our formulation aimed to simplify grease selection by offering a lubrication solution that can address a wider range of applications in both automotive and industrial industry,” Hassanein Alwan, MCB’s In-House Engineer, mentioned when asked about the main objective of their brand’s brainchild.

“Years of research were put into this work, and now we’re able to introduce a state-of-the-art lubricant solution that’s competitive on both quality and price,” he added.

MCB has just released a comprehensive and easy-to-understand digital technical data sheet and MSDS that provide a wealth of information regarding its key advantages and chemical composition.

Anyone can get their free copy just by visiting the website’s catalog page.

For more information or technical consultations, please reach out to MCB’s in-house Engineers via WhatsApp +971 4 886 5100 or e-mail via [email protected].