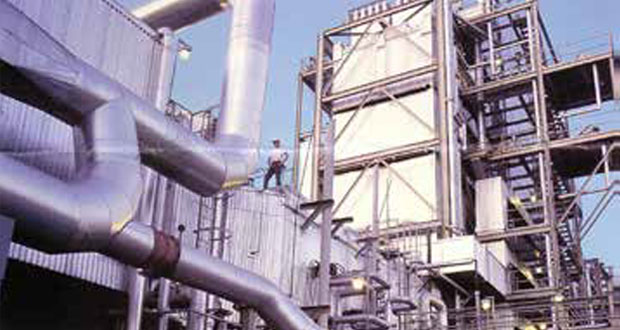 Wadham Energy operates a biomass facility in Williams, California. The area produces 20% of the nations rice crop and Wadham uses the rice hulls as fuel to produce electricity for 34,000 homes and businesses in the area – meeting all pollution regulations. They have been an LE customer since 1999.

Wadham uses a New York blower system which is belt driven and has 36” fans with 1 ½” fan bearings that turn @ 3,200 rpm’s. Eight fans feed the pulverized rice hulls into a burning chamber to fire the boiler which produces a superheated steam which, in turn, drives two Hi-efficiency steam turbines driving a 30 mw generator.

Dennis Gandolfo, maintenance manager, was experiencing bearing loss on the fuel feed fans. On average, almost one set of bearings per month was being replaced. This loss was well short of the expected bearing life. Over-heating was the predominant problem, as well as dust and high acidity environment. The previous greases were not sealing out contaminants nor were they able to adhere in the heat and high rpm’s. Dennis was looking for a grease that could be used throughout the plant.

Wadham wanted a grease that could handle the high temperatures and resist the excessive dust. The downtime and product use to protect the bearings was becoming excessive. Monolec® Multiplex Lubricant (4622) was recommended, and in August, 1999, all the bearings were cleaned out and lubricated with Monolec 4622.

After using Monolec 4622, the operating temperature dropped from an average of 210°F (99°C) to an average of 140°F (60°C) immediately. All bearings have been running without problems since the changeover. Spot checks have shown the bearings are showing little or no wear. In the past, it cost Wadham $850 (parts/labor) to replace one set. Dennis feels he has saved two or three changes in the last six months. This projects out to
$5,100 savings per year in maintenance costs (6 replacements @ $850 each). Dennis could not even calculate the cost of loss of productivity, which has not happened since using Monolec 4622.

Dennis feels he can use Monolec 4622 throughout the facility because of its versatility. “When I could hold my hand on the bearing housing – I knew we had a winner! I plan to put 4622 to use in many other applications.”

Thank you to Dennis Gandolfo, maintenance manager,
and to the local LE lubrication consultant, for providing the
information used in this report.